Helix aims to provide the following abilities to a distributed system: 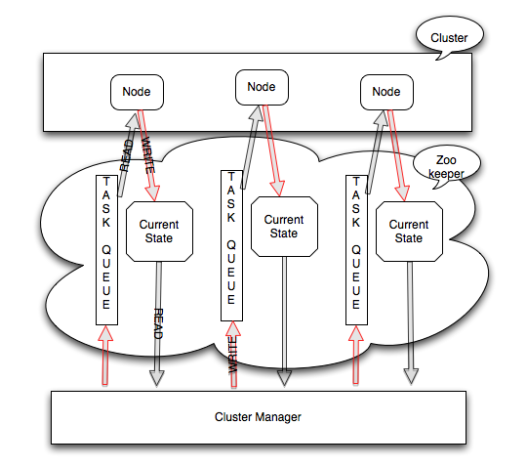 In general any distributed system cluster will have the following components and properties: 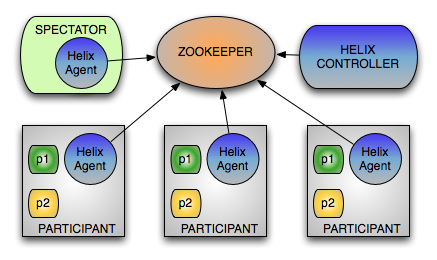 Helix divides nodes into 3 logical components based on their responsibilities:

These are simply logical components and can be deployed according to system requirements. For example, the Controller:

Both have pros and cons, which will be discussed later and one can chose the mode of deployment as per system needs.

We need a distributed store to maintain the state of the cluster and a notification system to notify if there is any change in the cluster state. Helix uses Apache ZooKeeper to achieve this functionality.

The namespace provided by ZooKeeper is much like that of a standard file system. A name is a sequence of path elements separated by a slash (/). Every node (ZNode) in ZooKeeper's namespace is identified by a path.

More info on Zookeeper can be found at http://zookeeper.apache.org

Even though the concepts of Resources, Partitions, and Replicas are common to most distributed systems, one thing that differentiates one distributed system from another is the way each partition is assigned a state and the constraints on each state.

Apart from defining the state for each partition, the transition path between states can be application specific. For example, in order to become MASTER it might be a requirement to first become a SLAVE. This ensures that if the SLAVE does not have the data as part of OFFLINE-SLAVE transition it can bootstrap data from other nodes in the system. 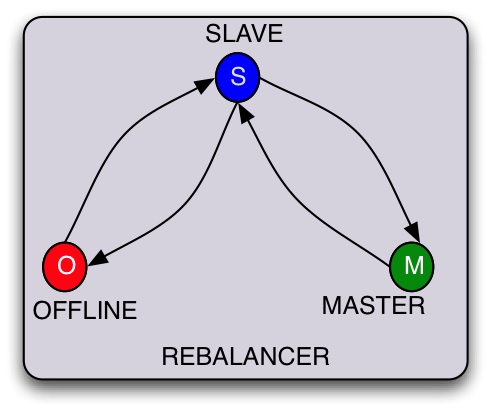 The following terminologies are used in Helix to model resources following a state machine.

The goal of Helix is always to make the CurrentState (and by extension, the ExternalView) of the system same as the IdealState. Some scenarios where this may not be true are:

Helix lets the application define the IdealState for each resource. It consists of:

Helix comes with various algorithms to automatically assign the partitions to nodes. The default algorithm minimizes the number of shuffles that happen when new nodes are added to the system.

Every participant in the cluster hosts one or more partitions of a resource. Each of the partitions has a state associated with it.

External clients needs to know the state of each partition in the cluster and the Node hosting that partition. Helix provides one view of the system to Spectators as the ExternalView. The ExternalView is simply an aggregate of all node CurrentStates.

Mode of operation in a cluster

A node process can be one of the following:

Interaction between the Controller, Participant and Spectator

The following picture shows how Controllers, Participants and Spectators interact with each other. 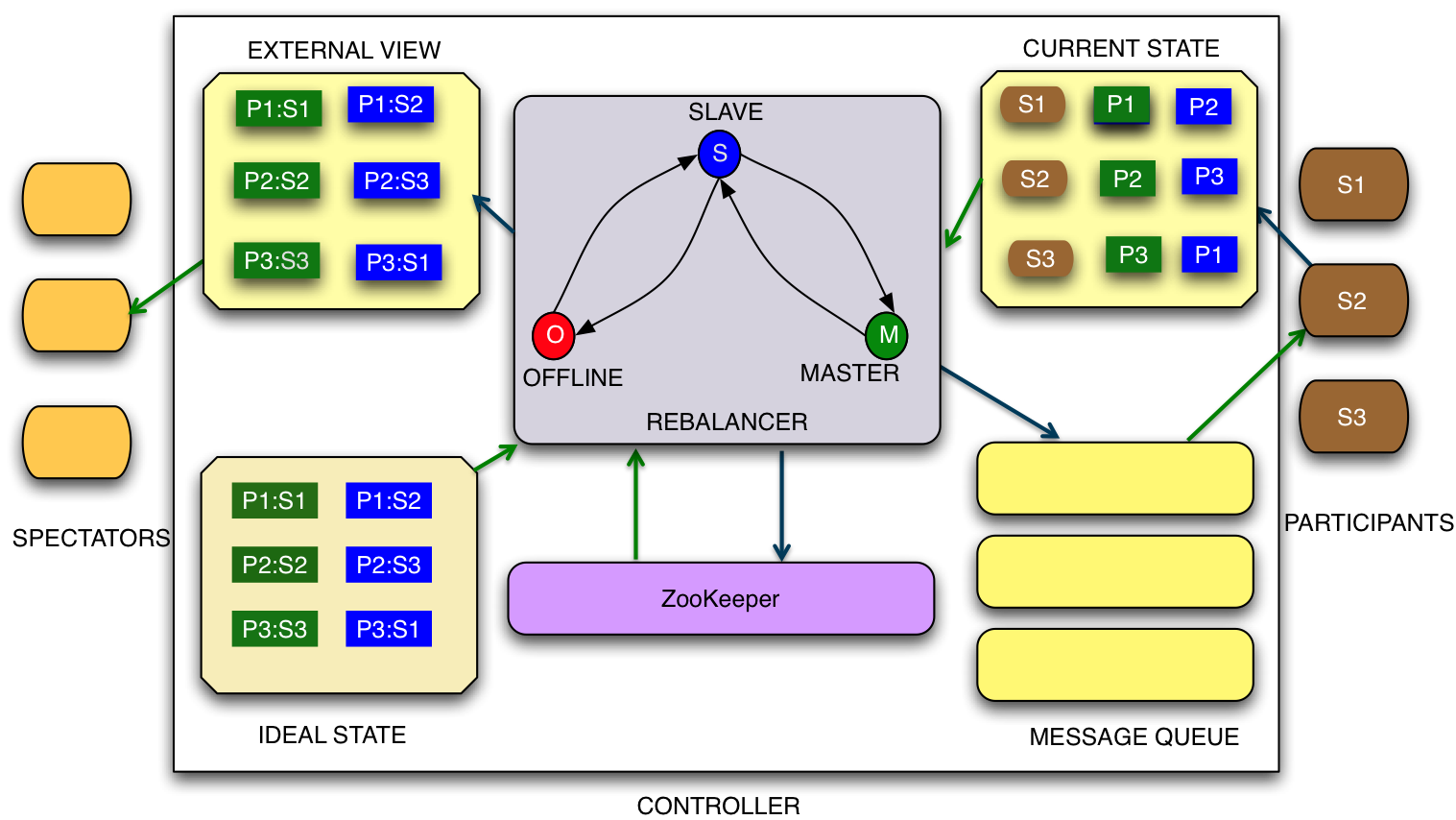 Helix organizes ZNodes under the cluster name in multiple levels.

The top level (under the cluster name) ZNodes are all Helix-defined and in upper case:

Under INSTANCES, there are runtime ZNodes for each instance. An instance organizes ZNodes as follows:

Under CONFIGS, there are different scopes of configurations:

The following image shows an example of the Helix ZNode layout for a cluster named “test-cluster”: 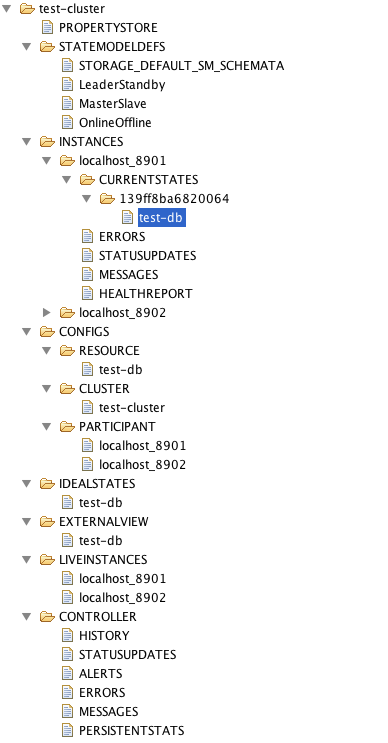